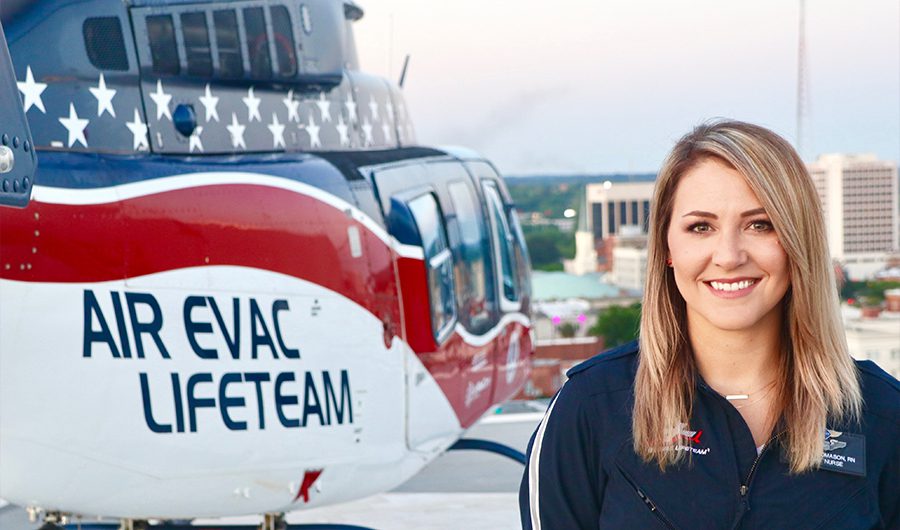 Everything was Hunky-Dory and All of the Sudden, Bang!

Katie Campbell worked for years as an Emergency Medical Technician in Arkansas. Thankfully, she knows the signs and symptoms of a stroke.

On February 7, 2019, Katie and her husband, Randy Wells, were out to dinner when Katie noticed her husband’s mouth was drooping a little on one side.

“Because of my training, I knew what was happening,” she said. “I took him home and took his blood pressure – it was 220/160. I called 911 and the ambulance got here and they took his pressure. It had gone up and they said, ‘You have to go now.’”

Because of the Arkansas SAVES program, Air Evac Lifeteam was early activated. Arkansas SAVES stands for Arkansas Stroke Assistance through Virtual Emergency Support. The program began on November 1, 2008 and has grown to 48 partnering sites throughout the state. Vascular neurologists share call to provide 24/7 consult coverage. Each of the partnering sites is equipped with telemedicine technology, training for personnel, support for dedicated telestroke coordinator and ongoing continuing education.

The Morrilton, AR, crew flew to the small community of Fairfield Bay. The EMS crew drove Randy to the helipad and Katie spoke with the crew.

Because his symptoms began two hours before he was flown, the crew elected to transport Randy to the closest medical facility that could administer TPA – a clot-busting drug.

Randy, a United States Air Force veteran, had flown in helicopters before – but not as a patient.

“This crew is a great bunch of guys,” he said. “They actually waited until my wife got there before they left the hospital.”

Conway Regional Medical Center is a participant in the Arkansas SAVES Program, and the doctors there were able to talk with a vascular neurologist, who prescribed the administration of the TPA.

“He received the TPA and it worked,” Katie said. “When I walked in, they were already giving him the medicine.”

“I still have a little slurred speech, but the droop in my mouth is slowly going away,” Randy said. “My wife caught the stroke symptoms in time. She’s a peach.”

Randy and Katie are members of the AirMedCare Network.

“We’ve been Air Evac members since 2010,” Randy said. “I tell everyone they need to get an Air Evac membership. I had no idea that was going to happen to me.  Everything was hunky-dory and all of the sudden, bang!”

We have detected that you may be using an outdated browser like Internet Explorer that is no longer supported by our website. For a better browsing and enrollment experience, we recommend that you update your browser to any of these options: Chrome, Edge, Firefox, Safari.